Cracked CV boots is a common problem on older Toyota and Lexus vehicles.  The rubber boots that protect the axle’s constant velocity (CV) joints dry out over time and eventually fail, requiring replacement.  CARspec had the pleasure of working on  a guest’s 1998 Toyota Celica today and wanted to share some points on repairing Toyota CV boots. 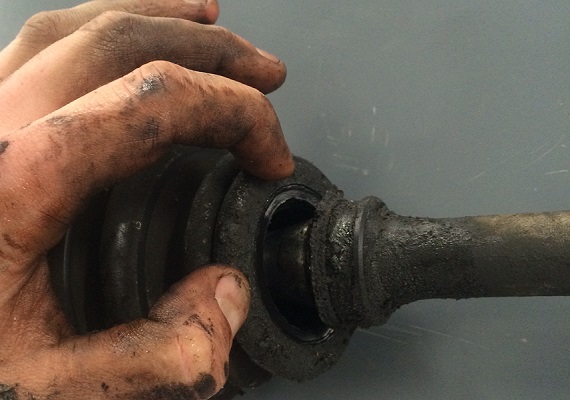 As seen above, the CV boot had cracked open entirely, exposing the CV joint to the environment and leaking out the lubricating grease (the mess on the technician’s hands is from handling the axle covered in this grease).  This photo was taken with the axle already out of the vehicle for clarity.  The technician disassembles the axle, a simple procedure involving a few band clamps that need to be cut and a snap ring released to allow the tripod bearing assembly to be removed.  Once the axle is disassembled, the axles are inspected for debris that may have entered while the boot was torn and still in service.  The axles today were OK and free of debris.  The technician then began reassembly of both axles: 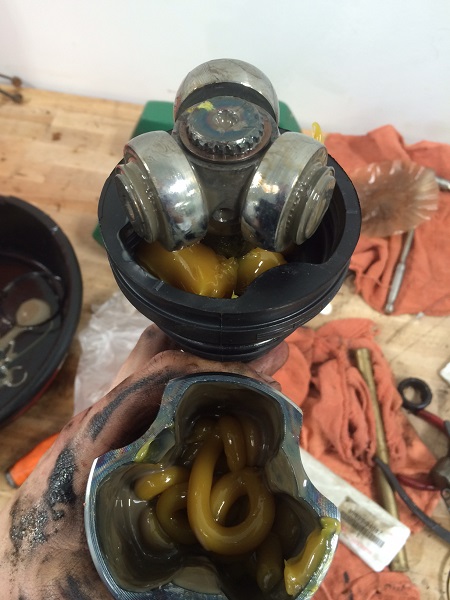 On the top is the partially reassembled axle.  Note the yellow matchmark on the tripod joint where it splines to the axle just above the snap ring – putting the axle back together as it came apart can help avoid future wear and noise issues.  The new CV boot and joint internals are filled with new (gross-looking) OEM Toyota repair grease and reassembled with new clamps.  It’s important to use all of the grease and fill the boots as much as possible. 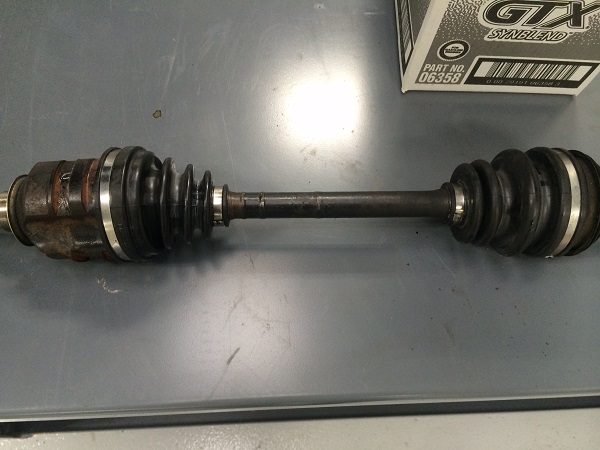 The finished product is a an axle repaired at a lower price point than a new unit, fresh boots and clamps ready to go back into service.  As Eden Prairie and Chanhassen’s Toyota and Lexus repair specialist we are proud to offer this service that many an auto mechanic are leaving to the dealer, rebuilding and repairing them in house to save the guest time and money!