Yesterday CARspec had the opportunity to repair a 1997 Toyota Camry’s subframe damaged by a national chain auto repair franchise.  During the replacement of the power steering rack, the previous auto mechanic had broken both driver’s side sway bar mounting bracket securing bolts.  The local franchise mechanic then told the owner of this Toyota Camry that the sway bar wasn’t needed and removed the bar, links, brackets and bushings from the vehicle.  The owner approached CARspec for our take on the issue – both CARspec’s technician and the owner agreed repairing the damaged bolts and reinstalling the swaybar was the best course of action. 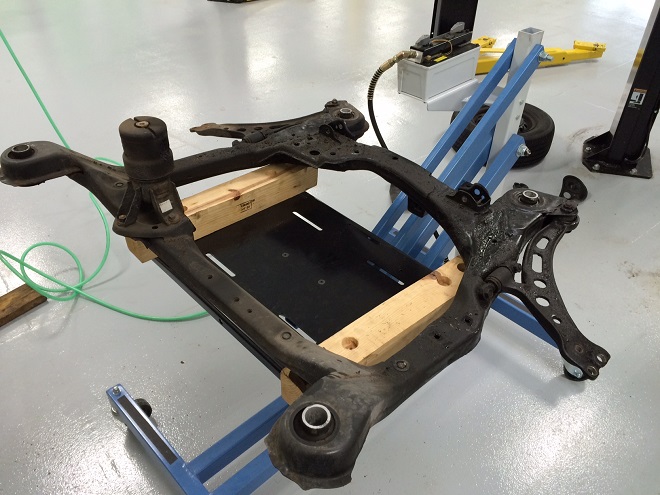 Because the broken bolts are inaccessible, the technician removed the subframe from the vehicle (as seen above).  This is not a simple procedure – the engine must be secured from the top to prevent the entire drivetrain crashing out of the vehicle once the support of the engine mounts is removed.  Once the frame was out it was time for some precision drilling: 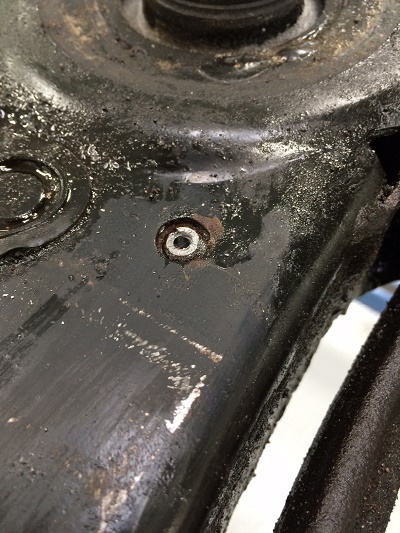 The center of the bolt is drilled out to help a large drill bit stay centered and remove only what is needed, leaving as much material as possible behind.  On the inside of the frame is only a small welded nut, making it critical to leave enough metal to retap once the broken bolt has been removed.  The technician did this for both broken bolts. 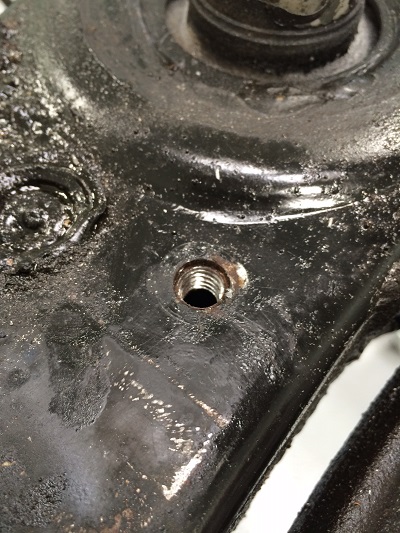 The technician drilled out the remaining metal of the broken bolt and rethreaded the remaining holes, as seen above, and not unlike the repair of this sensor’s threads.  The threads were perfectly on center and ready for the sway to be reinstalled: 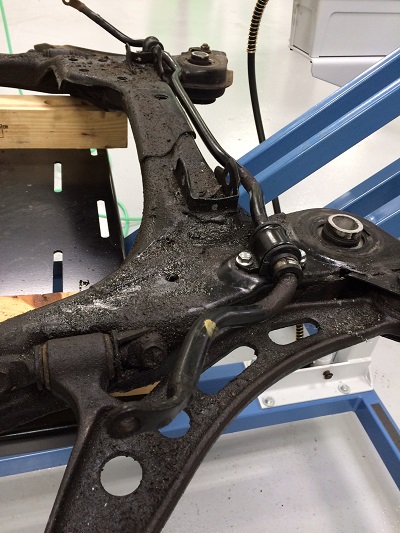 …and the subframe bolted back onto the car, shown here on it’s way back up under the engine: 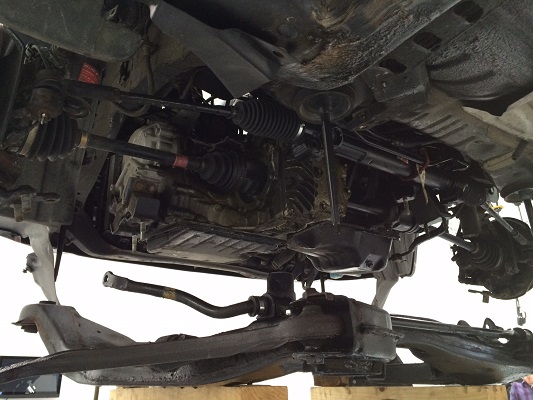 Afterwards the vehicle was aligned and returned to service, now with a fully functional front swaybar.  As Eden Prairie and Chanhassen’s independent Toyota and Lexus repair and service shop we are happy to offer major repair like this that some auto mechanics may shy away from.  If you have had a similar experience with another shop, CARspec is always happy to provide a second opinion on your issue, so call us at (952)426-4798 to schedule an appointment today!