While the Toyota and Lexus 4.7 liter 2UZ-FE is almost bulletproof (both figuratively and literally), later versions of the engine that featured variable valve timing (VVT) can develop oil leaks from various rubber gaskets and seals as they age.  We’ve covered leaking valve cover gaskets before and the same principle applies to all Toyota engines – eventually every seal ages to where it won’t seal.

The unique camshaft seals on the 4.7 liter 2UZ-FE and their replacement procedures are idiosyncratic in their repair.  Because the 2UZ-FE was initally designed WITHOUT VVT, and later modified to have VVT, the way Toyota retrofitted the VVT camshaft gear leads to the camshaft seal being trapped by the drive sprocket takeoff from the intake camshaft to the exhaust camshaft.  This means in order to replace the seal, one must first remove and disassemble the camshaft, pop on a new seal, reinstall the camshaft, then press the seal into the housing it sits in.

Below is the camshaft: 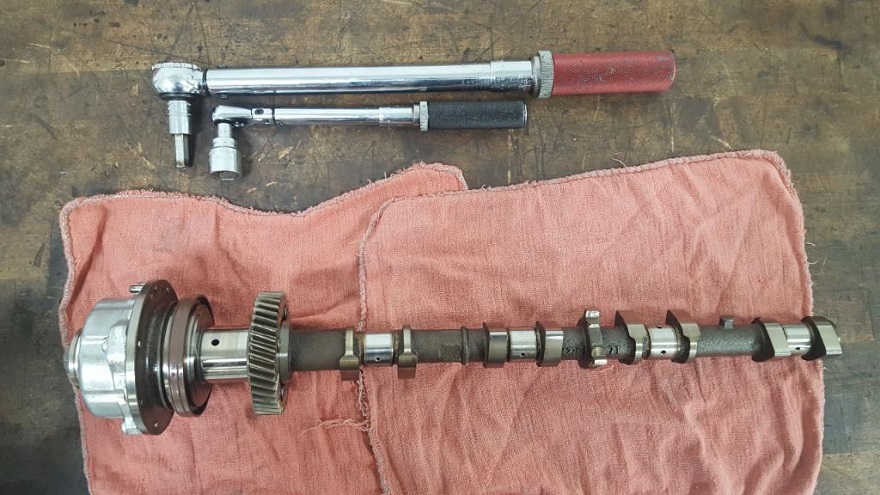 And the cam lobes separate from the camshaft in order to access the seal, indicating where the seal was and the direction it was removed: 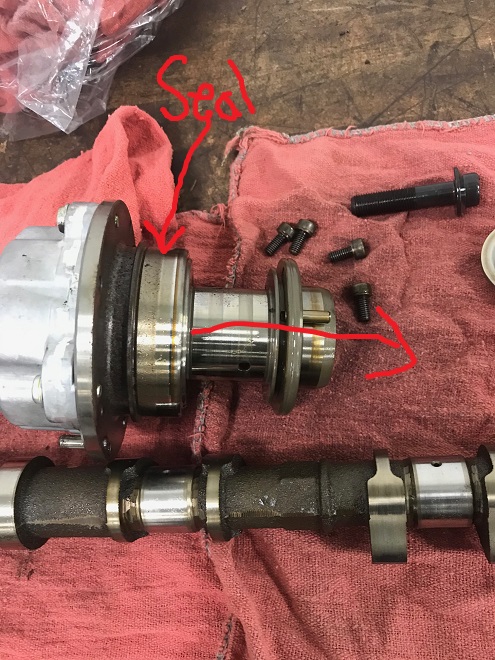 And putting the new seal on, then reassembling the camshaft and sprocket: 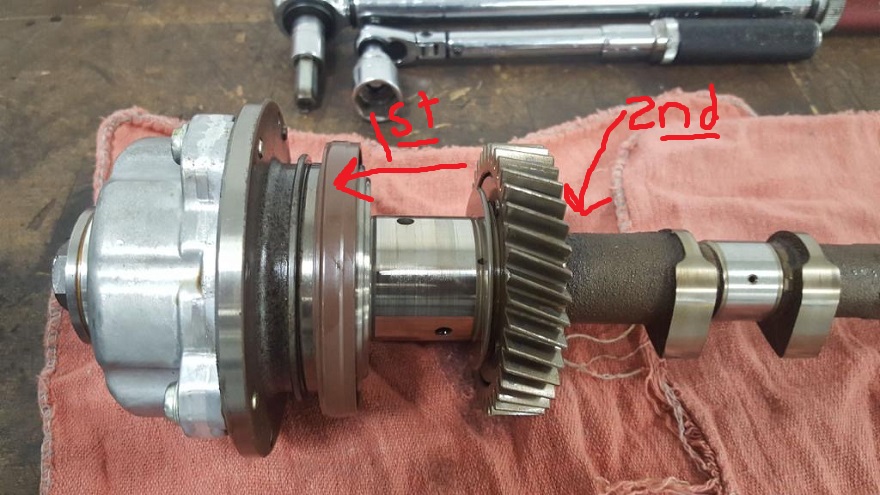 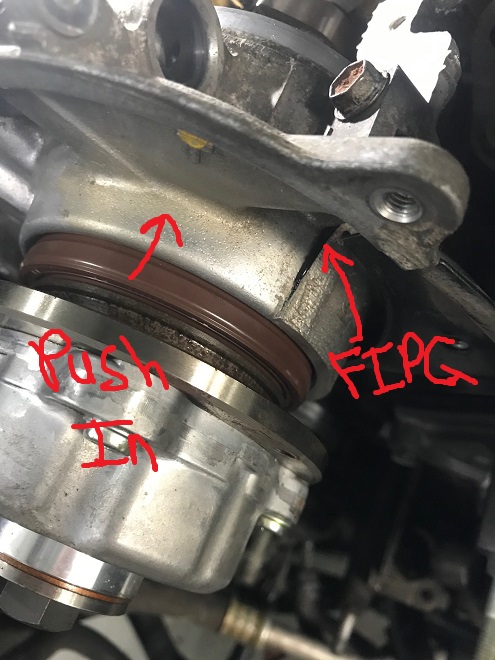 Camshaft seal before pushing into place

Typically the seal will pop into place and bottom out easily, but a little bit of silicone spray always helps.  Pop the timing belt and valve cover back on and you’re golden.

As Minneapolis, Minnesotas premier independent Toyota and Lexus specialist, we know the quirks and unique repair features of Toyota and Lexus engines.  If you have an oil leak on your 4.7 liter 2UZ, don’t hesitate to make an appointment with us today!