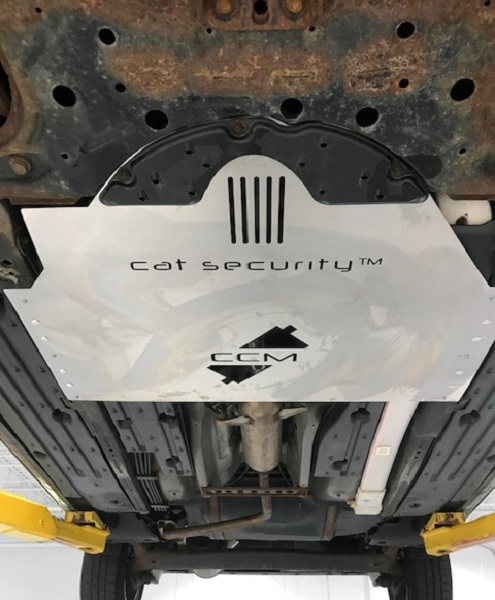 By limiting access to the front flange (which the thief normally unbolts) and the back of the pipe (that is usually cut), there is enough coverage to make going around the shield a pain to where the noise and time it would take to cut or remove the shield is prohibitive.  The shield is secured by a series of rivets and security screws, making a drill needed to loudly, slowly drill them out to pull the shield.

Installation take about an hour and is reversible (with a new hardware kit) if the exhaust needs service.  If you have a 2004-2009 (or even later) Prius, give us a ring to have a Cat Security shield installed and help deter catalyst theft.