CARspec had the opportunity to address a 2010 Camry with the 2AR-FE with a check engine light and stalling concern.  The vehicle initially had codes P0012 – Camshaft Position “A” – Timing Over-Retarded (Bank 1) and P0016 – Crankshaft Position – Camshaft Position Correlation (Bank 1 Sensor A), and a rattle noise when the car was started. 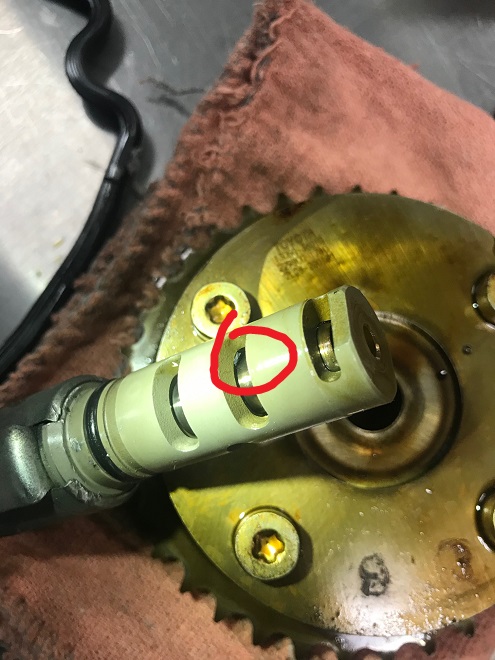 Small, but enough to jam the valve open or closed. 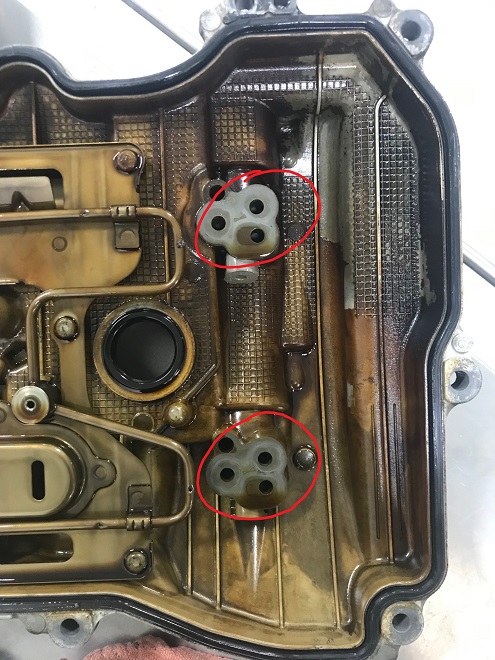 The cam cap was also removed to inspect the oil feed from the cylinder head, for which there is an oil screen prior to the VVT system, under the circled cap in the below photo when the cap is removed: 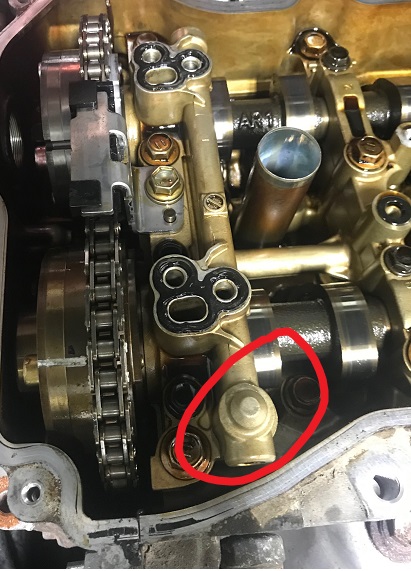 No debris was found anywhere else but in the oil control valve.  The timing of the engine was also checked with the valve cover off and was OK and a coincidental damaged tab on a chain guide was also found (and repaired).

When recommending a repair on a complex system, it is always important to discuss with the guest the logic behind the recommended repair and any future repairs or additional diagnostics that may be required.  In this particular case, the guest was made aware of the debris in the oil control valve, the unknown source of the debris, and the potential for other VVT issues related to other components (particular to the VVT camshaft gear).  All other parts of the system cannot be inspected without significant labor (most of which would overlap 100% with the components repair) if at all, and as such both the guest and technician fixing the obvious, most simple issue first was the best idea, even if the results didn’t end in success. 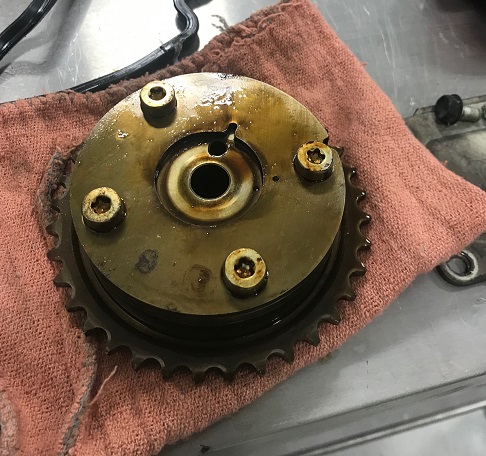 The failure was obvious when the part was disassembled, with one entire lobe of the internal camshaft phaser was broken off and wedged into the gear: 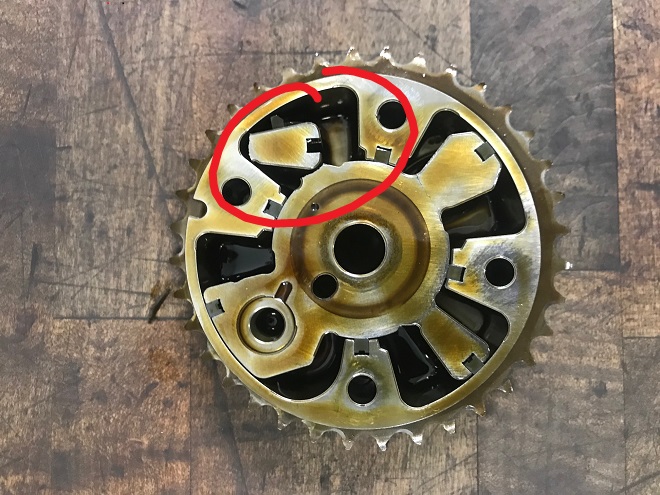 …and when removed the rest of the phaser lobes fell off, cracked at their bases: 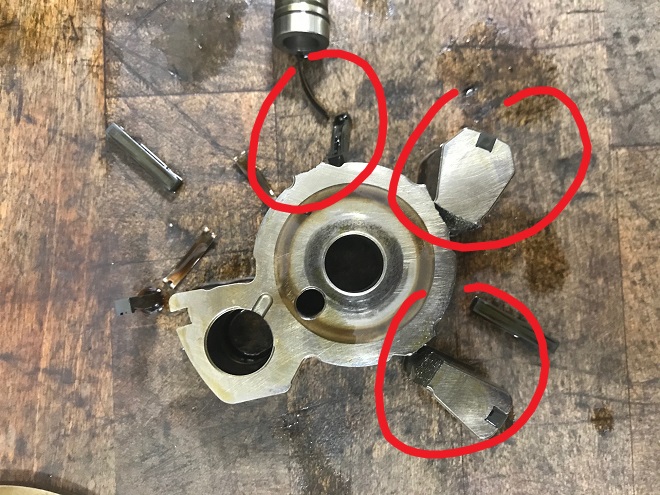 A small chip from the end of a phaser’s seal was missing and was the source of the oil control valve debris (not pictured, the only one I got was very blurry.  Sorry!)

The new camshaft gear was installed, the system reassembled and the car returned to service, now with no more check engine light or VVT codes.

As Minneapolis, Minnesota’s premier independent Toyota and Lexus specialist, we possess the expertise and knowledge to address multiple part, techinically challenging repairs like this VVT concern, and do so daily.  If you have a concern with your Toyota or Lexus, don’t hesistate to give us a ring at (952)426-4798 to make an appointment today!