The rear extension housing of the Rav4 transfer case has the pinion and pinion bearing inside.  A small o-ring seals the entire housing to the differential.  After removing the driveshaft and the housing, here’s what the extension housing looks like with the o-ring exposed: 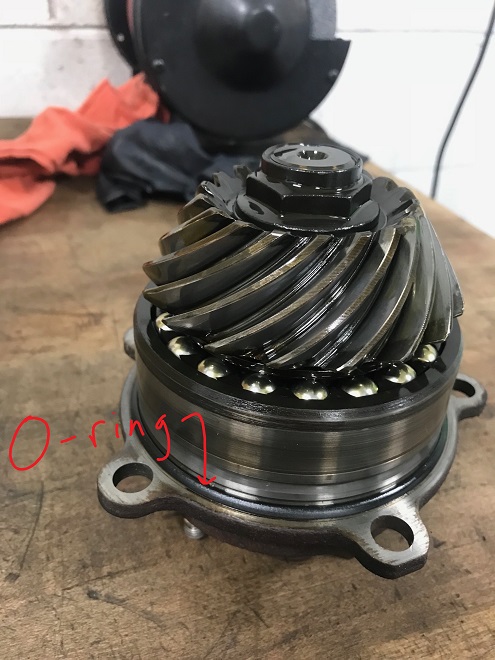 The housing bolts into the back of the transfer case.  Here’s the transfer still in the car with the housing out to better illustrate where the seal sits and where the leaking fluid accumulates: 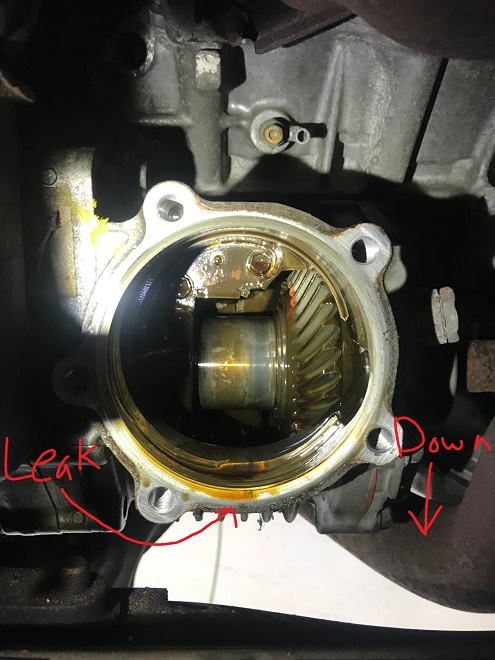 As Minneapolis, Minnesota’s premier independent Toyota and Lexus specialist, we know the Rav4 drivetrain well and have all the tools and experience needed to properly repair it.  If you have a fluid leak from your Toyota or Lexus vehicle, drivetrain or otherwise, don’t hesitate to call us at (952)426-4798 and schedule an appointment today!