The 2006 Toyota Rav4 introduced a new rear brake system to the lineup, both on the 4- and 6-cylinder models that provided better stopping power than the older style system, but is prone to abnormal brake pad wear if rust builds up in the brake calipers.

The issue is similar to the 2010+ Prius that would also develop abnormal brake pad wear were wrote about here.  If you’re having trouble with Toyota brake terms as well, we’ve got you covered on that one as well.

The underlying issue is corrosion that builds up on the rear brake pad fitment kit (the metal brackets that sit inside the caliper brackets that allow the pads to move smoothly).  The upper and lower brake pad sections that sit inside the fitment kits can stick against any rust buildup, causing one part of the pad to seize in place.  Here’s what a pad can look like if one part of the brake pad is sticking and the other is still free: 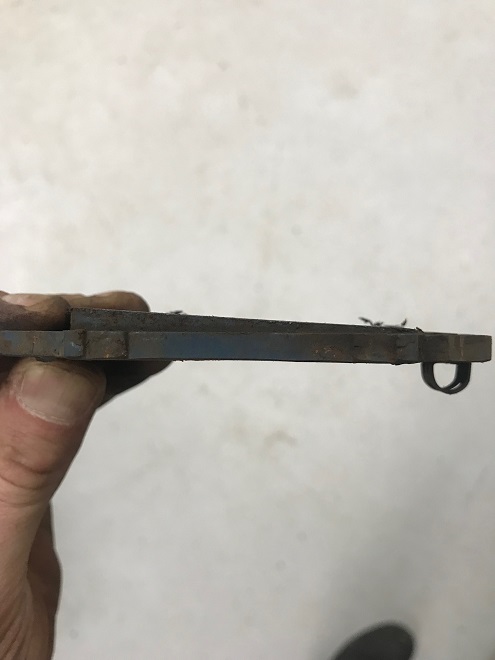 One part of the brake pad still had 4mm material remaining, while the other was metal on metal.  These rear brakes required immediate service.

With periodic, quality, thorough inspections a Rav4 owner can catch the above issue early and prevent the brakes from going metal on metal and potentially avoiding the additional expense of rotor replacement (more often than not the rotors can be resurfaced, lowing the overall cost of the brake replacement).

As Minneapolis, Minnesota’s premier independent Toyota and Lexus specialists, we offer inspections of brake systems at no cost, repair at competitive rates, and maintenance services to help prevent the above happening.  If you think you have a brake concern with your Toyota or Lexus, don’t hesitate to give us a ring to schedule an appointment today at (952)426-4798!