Beginning in 2004 with the Lexus RX330 and later continuing with the RX350 and RX400h, the Lexus RX from 2004 through 2009 is susceptible to having moisture, water or general condensation build up inside the headlights.  The most common concern guests have here at CARspec isn’t that there’s water in their headlights, but that they replaced an inoperative headlight bulb only to have the bulb continue to not work.

The 2004-2006 RX330, 2007-2009 RX350 and 2006-2008 RX400h headlight is made of two major parts: the front transparent lens assembly and the rear black casing.  The two are sealed with a line of epoxy that prevent rain, condensation and other moisture.  There are also seals where the various bulbs, adaptive front lighting system (AFS) and high-intensity discharge (HID) components are connected at the rear case.  Over time moisture can build up inside the headlight as the epoxy and seals degrade, leaking to water pooling in the bottom of the headlight.  Here’s where the water pools: 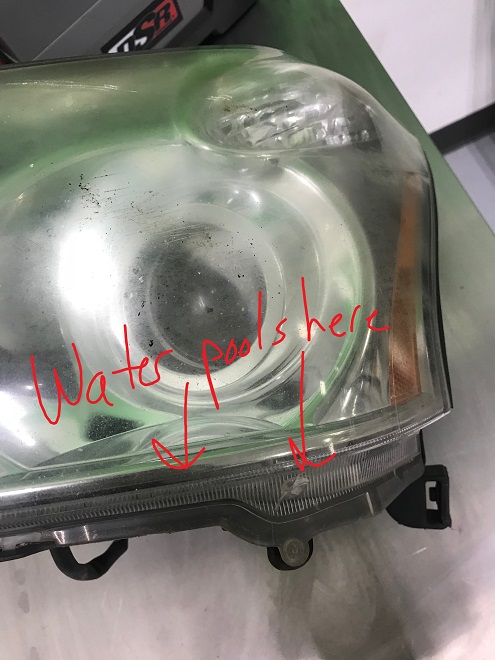 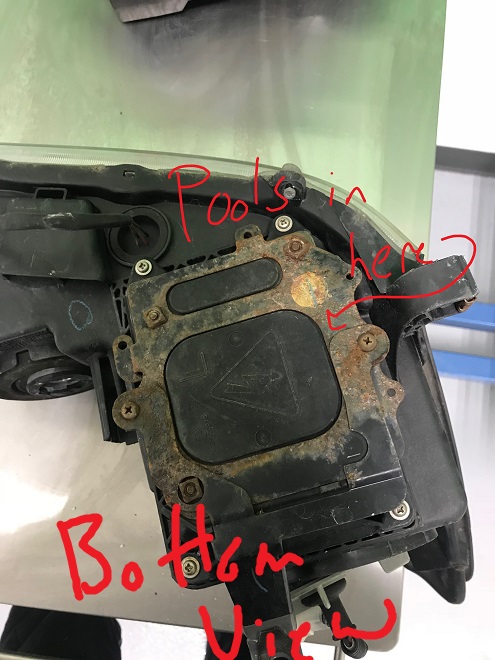 And opened up the problem is readily apparent: 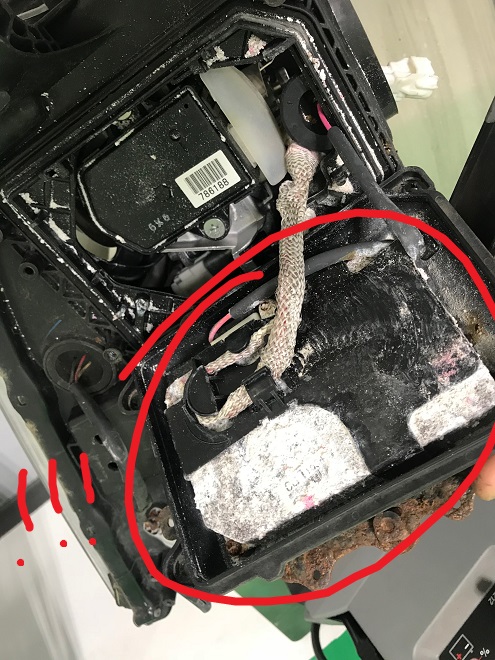 The white powered is aluminum corrosion from this headlight’s HID module/ballast.

The good news is that Lexus has re-engineered the part, helping to prevent the issue reoccurring, the bad news is that you need an entirely new headlight to fix the issue.

If your RX330, RX350 or RX400h headlights have moisture in them or they won’t work even with new bulbs, don’t hesitate to make an appointment at CARspec to have us address this issue.  As Minneapolis, Minnesota’s’ premier independent Toyota and Lexus specialist we see this issue often and have the expertise to repair it correctly the first time.  Give us a ring at (952)426-4798 to make an appointment today!

RX350 thump noise from the rear when returning to a stop