As the older GX470 models age, radiator leaks become more common than not.  Often around 120,000 miles when they first appear, most leaks start as small crusty deposits around the edge of the radiator end tanks and grow from there.  Note that coolant leaks in the GX470 can come from many places, but a leaking radiator isn’t uncommon and is the first place to start looking 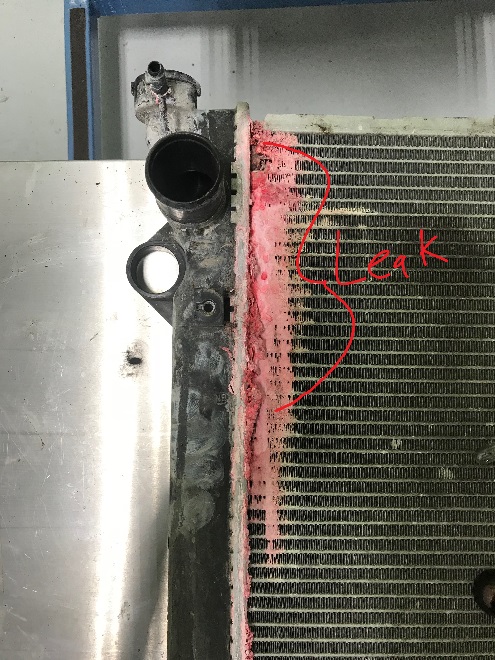 Toyota Genuine Super Long Life coolant is pink and was the factory fill on 2004+ GX470s.  This coolant leaves a visible pink crust from where it has a slow leak like the above.  The radiator also leaks from the bottom of the end tanks, particularly the near the drain.  This radiator had a fast, wet leak that didn’t allow pink buildup: 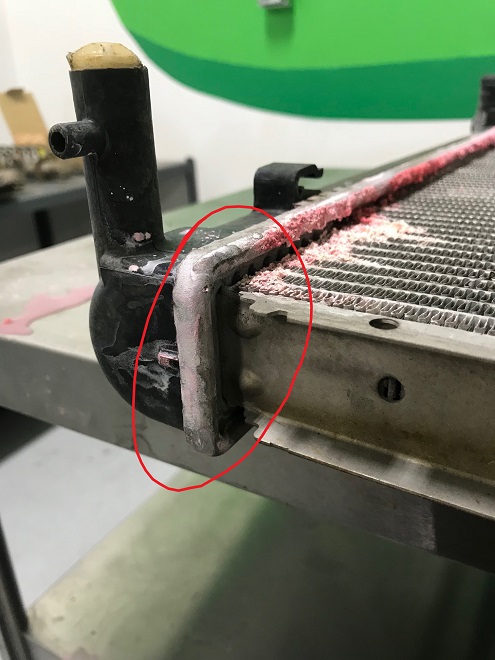 Replacing the radiator is usually performed by pulling the fan, shroud and radiator out as one piece, a challenging procedure that can lead to a punctured condenser if one is not careful.

The good news in regards to a leaking GX470 radiator is this: if the failed radiator is replaced with a Toyota Genuine radiator the problem rarely reoccurs.

As Minneapolis, Minnesota’s premier independent Toyota and Lexus specialist, CARspec’s technicians are intimately familiar with the GX470 and repairing this coolant leak.  If you think you have a coolant leak from your GX470’s radiator or another location, don’t hesitate to give us a a ring to set up an appointment today at (952)426-4798!