The rust belt strikes again.  It is a theme here at CARspec dealing with corrosion.  Today’s repair was along the same lines.

2008 and later Toyota Sequoias have a rear hatch/back door window that rolls down into the door.  It’s a cool feature that is shared with the 4Runner, but the Sequoias seem to be more prone to issues with the window sticking down or falling into the door. 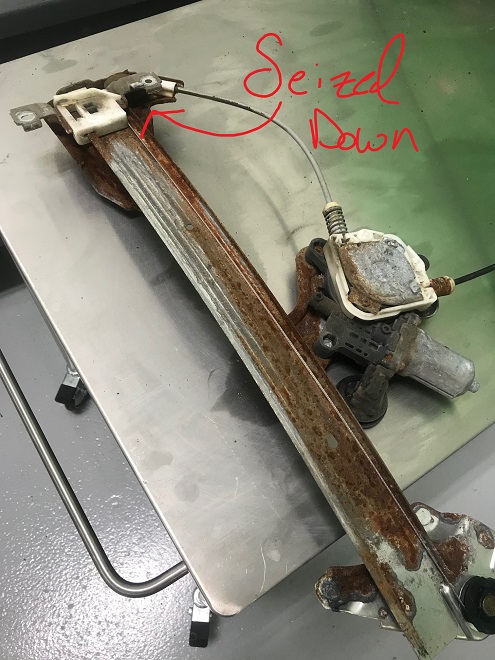 The window regulator bolts directly into plastic tabs at the base of the window.   If the threads strip out or the plastic tabs break off the window will require replacement.  The bolts are often very inaccessible for repair because the window is seized at the bottom of its travel.

Note this repair is similar to 2000-2007 Sequoia back windows, but the repair parts list is different.

Due to the familiarity of the repair, CARspec can often repair Sequoia rear window failures in 24 hours.  If you’ve got a rear window giving you issues, don’t hesitate to call us at (952)426-4798 to set up and appointment today!

FOR SALE: 2011 Prius. . Howdy CARSpec crew! We’re downsizing the fleet a bit to make way for a newer loaner next year. For sale is our 2011 Prius, 71k miles, in white on tan. The vehicle was purchased new in 2012… instagram.com/p/CESD…