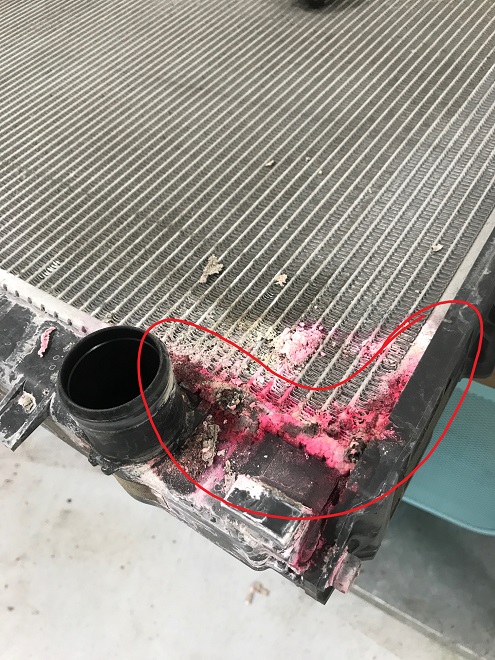 Toyota Genuine Super Long Life Coolant leaves a pink residue when it leaks, making IDing the location of a leak that much easier.  The above is a straightforward repair: replace the radiator, bleed the coolant of air.  The above repair was performed in conjunction with a water pump replacement (also leaking heavily), and so the labor overlap made the above considerably cheaper.

If you’ve got a Toyota or Lexus leaking coolant, don’t hesitate to call us at (952)426-4798 to schedule an inspection today!