If you own a 2004-2006 Toyota Sienna and are having the timing belt replaced, be aware that the passenger side engine mount bolts are often seized and will break during removal in the process of servicing the timing belt.  This is more common if you live in an area with high road salt usage.

It is possible to remove the upper, mid, and lower bracket in once piece rather than break a bolt and be forced to replace the lower bracket and/or both bolts.  Indicated is the bolt that most often seizes and breaks: 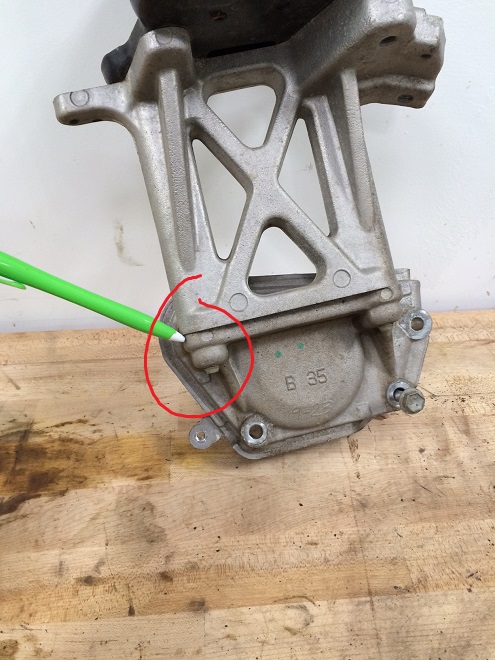 CARspec offers, in the case of a seized mount discovered during timing belt replacement, the removal of the entire mount rather than breaking and replacing of the bolts and damaged mounts for a small amount of additional labor.  This saves the owner money vs. replacing a damaged mount.

As Eden Prairie and Chanhassen’s independent Toyota and Lexus repair specialist we see this issue fairly often and a happy to be able to offer a solution cheaper than total mount replacement.

Diagnosing leaking Toyota struts and shocks – when to replace, when to wait