Introduced in late 2009 for the 2010 model year, the third generation Toyota Prius (and later Prius V) feature a 1.8 liter 4-cylinder engine that, now that we’re approaching ten years of experience with them, has proven to be relatively reliable.  Yes, they have that weird EGR issue we covered, and yes, the rear brakes can get a little wacky, but they are overall reliable cars that run well beyond 200k miles.

That said, we’re seeing an issue pop up more and more as they age, namely a coolant leak from the thermostat housing o-ring where it seals to the backside of the electric water pump.  Looking down into the engine bay you might see this if you’ve got a leak: 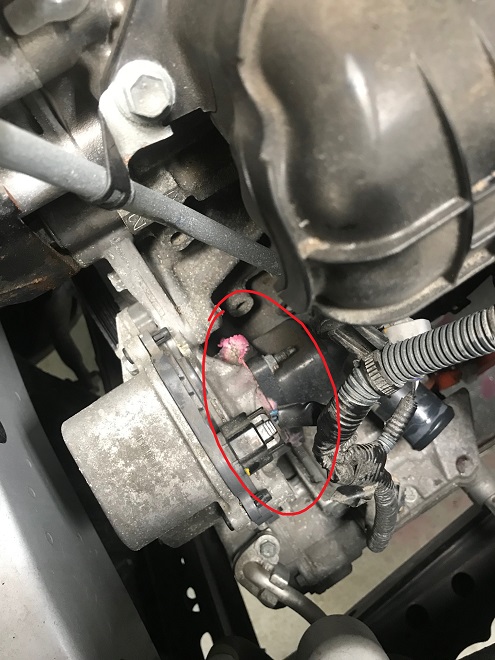 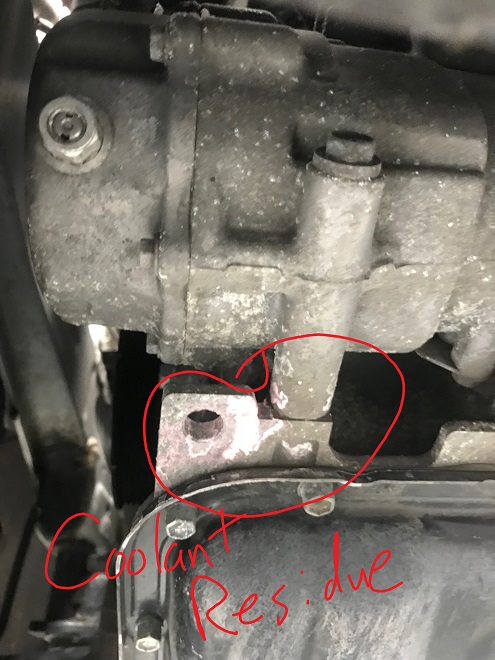 The solution to this leak?  Replace the o-ring and inspect the timing cover for corrosion.  If you’ve got pitting on the sealing surface of the timing cover you’ll need something like Toyota’s 1282B sealer to help fill the irregularities.

The cooling system requires a special bleed procedure, for which you’ll need to know how to put the car into maintenance mode.  We’ve got you covered on that.

If your Prius is low on coolant, overheating or your thermostat housing is leaking, don’t hesitate to give us a ring for an inspection at 952-426-4798.  As Minneapolis, Minnesota premier Toyota, Lexus and Scion specialist we see this concern often and keep the suspect o-ring in stock.