Similar to this Land Cruiser we replaced the rear A/C line on, a cracked or corroded A/C line is a common failure on a 2004-2009 Toyota Sienna with the rear A/C option.  The problem pops up in three places, sometimes all at once – the O-rings where the front line connects near the engine, the center line just ahead of the rear right wheel, or at the connection from the center line to the rear (interior) line up in the right rear wheel well.  The Sienna today had a cracked center line: 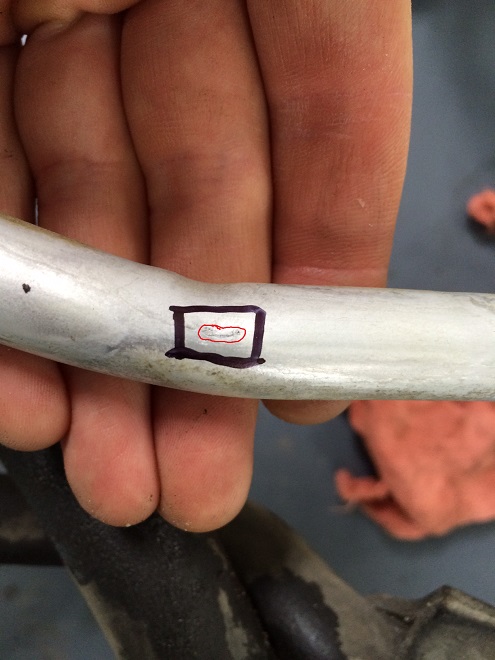 As well as corrosion on the rear A/C line where it mates to the interior rear evaporator feed line: 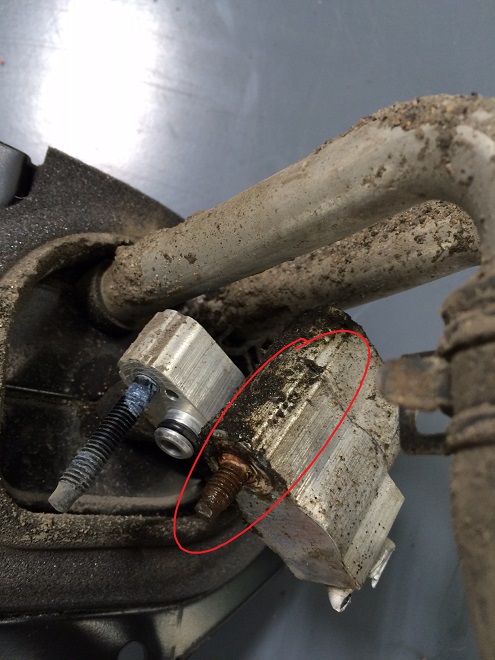 The rear fitting was seized together (circle in the photograph) and leaking (the oily residue in the photo).  The middle line was leaking compressor oil under the car behind the spare tire carrier (photo of the new line installed): 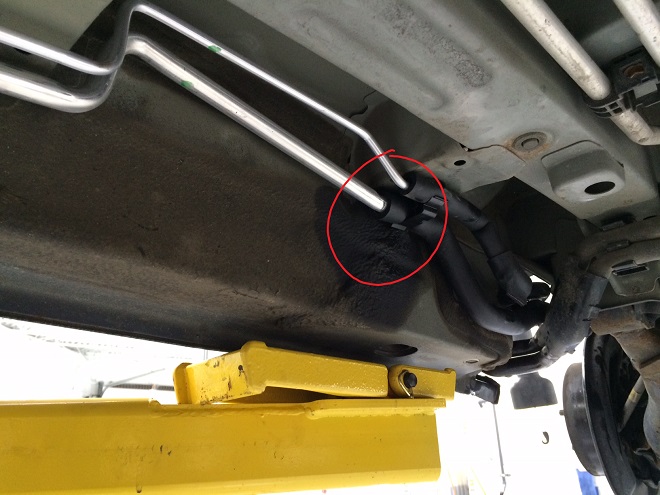 You can see the residue of the leaking oil against the body of the vehicle.  The leak isn’t actually circle in the photo – oil is pushed forward inside the foam covering as it leaks out further back in the line (the low point of the line in the photo).  If you cut open the foam oil will be pooled in the low point, held in by the foam.  Replacing the lines is straightforward but requires care, as the technician disconnects multiple fragile line and plastic panels both inside and outside the vehicle.  Because the rear heater core also shares some lines with the new A/C lines caution must be taken to not spill coolant inside the car.  Here’s a photo of the routing of the rear interior A/C line: 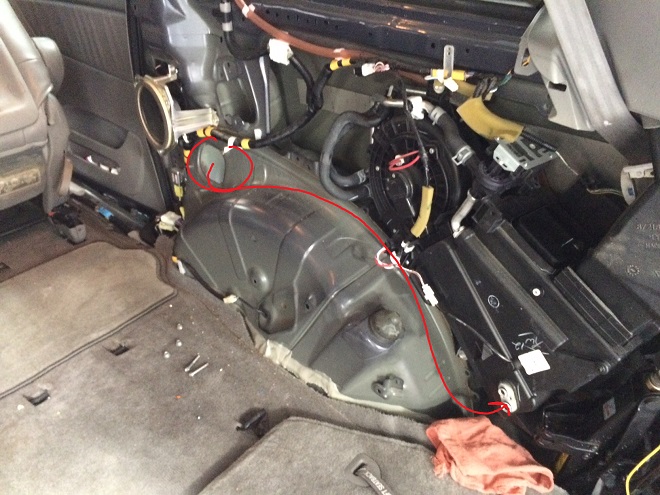 The system was checked for leaks, recharged, reassembled and returned to service.  As Eden Prairie and Chanhassen’s independent Toyota and Lexus repair specialist, our experience with this particular common issue allowed us to diagnose and repair these leaks in less than a day.  If you have A/C that is blowing warm air, give us a call to make an appointment at (952)426-4798 today!