CARspec is in the heart of the northern rust belt – where vehicles spend half the year covered in Minnesota snow, slush and salt.  The result of this is is a failure rate of some parts faster than normal.  This blog is about one of those parts.

If you own a Sequoia, Tundra, LX470 or Land Cruiser from the early to mid 2000s and you’ve got a clunk noise from the front of your vehicle, have your front swaybar end links inspected.  Often they’re completely rusted through and are the cause of your concern.  Here’s a set pulled from a 2002 Sequoia (mounting bushings removed): 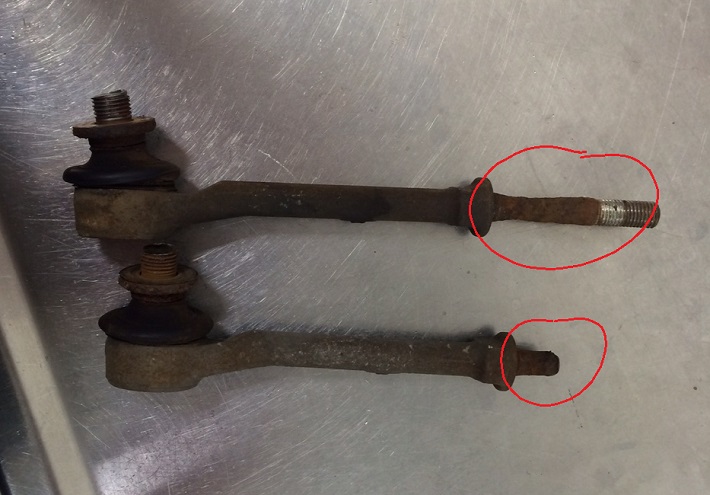 A closeup shows one is significantly skinnier in the rusty section, the other broken off entirely: 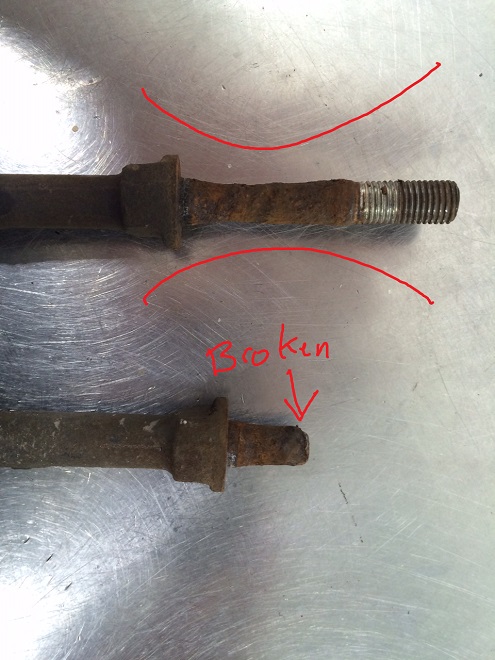 The old links were rusty to where they had to be cut from the vehicle.  New links, nuts, and washer/bushings were installed.  Unfortunately there isn’t a good way to prevent this issue reoccurring – anti-seize (like we did on this LX470 line) will be worn away by the flex and movement of the suspension and general exposure of the component.  It isn’t unusual for a Sequoia, Tundra or Land Cruiser to need a new set of front swaybar links once in it’s Minnesota lifetime.

Because of the high rate of failure, CARspec stocks the replacement front links and assorted hardware for most late model Sequoias, Tundras, LX470s and Land Cruisers.  As Minnesota’s independent Toyota and Lexus repair specialist we can quickly diagnose and repair this condition (in usually less than an hour’s time), so if you’ve got a clunk or clearly broken front links give us a call at (952)426-4798 today!