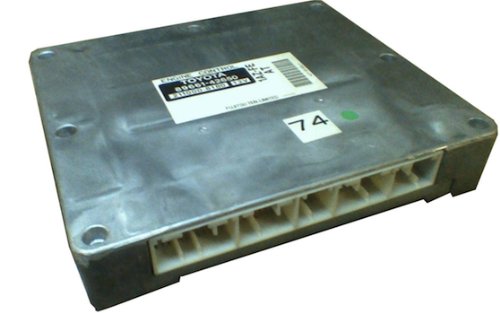 An oft misdiagnosed check engine light on a wide range of Toyota, Lexus and Scions is code P0606- ECM/PCM Processor Malfunction. More often than not, the culprit is NOT the ECM/PCM assembly but rather the sensing or heater circuits in the air/fuel ratio or oxygen sensors. We went more into diagnosing a failed air/fuel ratio sensor in this post.  A technician can diagnose the P0606 code fairly easily by checking the freeze frame data out of the ECM/PCM when the problem was detected.  Some things to look for include:

If you have a P0606 – ECM/PCM Processor Malfunction code in addition to other check engine P codes (especially if they are air/fuel or oxygen sensor codes), repair the other codes before addressing the P0606.  More often than not the P0606 is a false positive.

As Eden Prairie and Chanhassen’s Toyota and Lexus repair specialist, we hope this helps a DIY or auto mechanic alike avoid an unnecessary ECM/PCM replacement!