For 2004-2007 model year Toyota Siennas with power/automatic sliding doors Toyota is extending the warranty on both the rear sliding door latch assembly and the power sliding door cable assembly to 9 years from date of first use or 120,000 miles, whichever comes first.

For 2004-2010 model year Toyota Siennas without power/automatic sliding doors Toyota is extending the warranty on the rear sliding latches to 9 years from date of first use or 120,000 miles, whichever comes first.

2008+ Sienna owners with power/automatic sliding doors do not have the extra warranty on their power sliding door cable assemblies.

The symptoms of a failed latch include notchy opening or closing due to corrosion on the latch itself.  The power sliding door cable assembly usually tears itself to bits (the cable breaks and the motor sucks up all the plastic coating and wires).  Both of these failures are covered under the warranty.

More common than the above, and NOT covered by the extra warranty, is the failing of the power sliding door lock release motor.  This actuator pulls the release pin for the automatic sliding door before the power sliding door cable pulls the door closed and the door latches into place.  It is a simple, small electric motor but requires the entire door, window, regulator, latch cables and panel be removed to access it.  The part is small but the labor large: 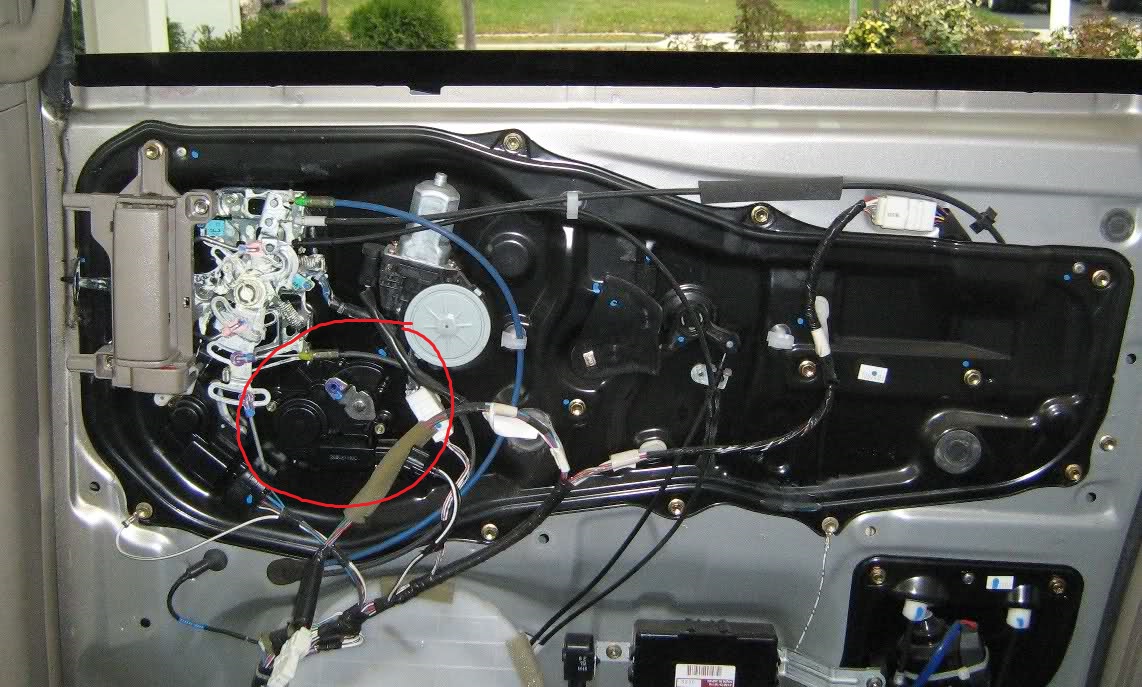 The motor is screwed in from behind and the threads are sealed in place with glue – it can be a challenge to remove the motor from the door without damaging surrounding components.

The most common symptom of the release motor failing is an automatic door that pulls against itself and fails to close automatically.  The manual close will still work if pulled hard enough.

As Eden Prairie and Chanhassen’s Toyota and Lexus repair specialist we’re happy to diagnose the specific cause of your Sienna’s sliding door failure and repair it as needed.  Give us a call today!