CARspec had the opportunity to address a common problem on the 2006-2008 Lexus RX400h, namely a vehicle that overheats in traffic, intermittent A/C and a coolant leak.

The most common cause is a radiator plugged with road debris like dust, pollen, dirt and other grime pulled through by the fans.  Often this coincides with a coolant leak from the passenger side end tank.  Here’s what the radiator looks like, the crack on the left of the image: 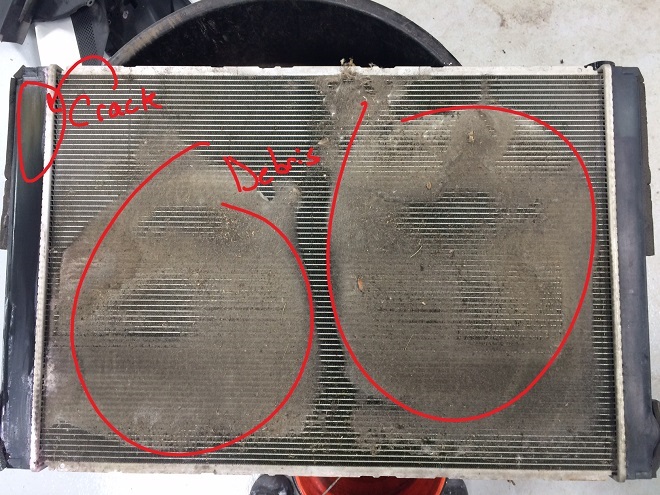 The crack forms near the coolant inlet: 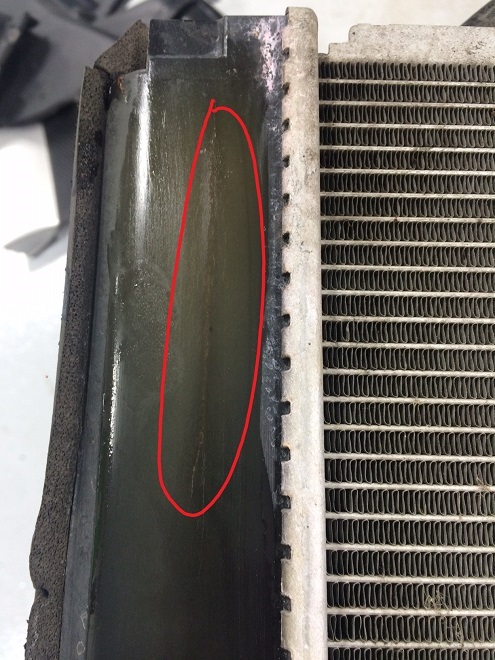 The solution is to replace the radiator with a new unit.  In very rare cases a severe overheat can lead to head gasket failure, so CARspec performs a chemical head gasket quick check on vehicles that the owner says has had a boilover or shutoff overheating.

As Minneapolis’s premier independent Toyota, Lexus and Scion specialist we see this failure a few times a year and have the parts readily available to repair the condition, usually next day.  If you’ve got an overheating RX400h, don’t hesistate to call us for an appointment at (952)426-4798 today!